By Duncan Greene and Chris Topham, Abtec Building Technologies. This year, there were two good reasons for us attending Light+Buidling: the KNX TOP Event in which we participated as a KNX Award Nominee; and to see as much building automation technology on the show floor as we could. Here is our roundup of the five […]

By Sophie Thomas, Ivory Egg. Fresh off the plane from Frankfurt and the world’s largest trade fair for lighting and building technology – Light+Building 2014, the Ivory Egg team is full of enthusiasm for what we have seen. With two ‘first-timers’ in the Ivory Egg group, namely Nikita Thompson and Matt Emberson, and our long-lost […]

162 Participants took part at the “12th KNX Apprentice Championship” at the BZL-Lauterbach booth at light+building 2014. The championship was successfully organised by BZL Lauterbach in cooperation with FEHR (Association of Electronic and Information Technology Hesse/Rhineland-Palatinate). The winners of the competition received 700€ as first prize, 500€ as second and 300€ as third. The KNX […]

Proud winners receive awards during TOP Event at light+building trade fair The KNX Award Ceremony started out 18 years ago as a relatively modest event at a KNX trade fair stand; since then it has metamorphosed into a spectacular party – the “TOP Event”, part of light+building, the world’s biggest trade fair for light and […]

Many new options with KNX With its new KNX Application 5.0 for KNX occupancy and motion detectors, B.E.G. is leading the way as a specialist in individual solutions: users now have a wide range of new functions and capabilities. With the new application, detectors now have an extra three freely-programmable channels over and above the […]

Error-free, fast and economical installation Previously, retrofitting of KNX systems for lighting control has always been a major task, as each element‘s KNX bus had to be connected to the junction box. With the B.E.G. KNX-RSB room sensor box, cabling now only has to be laid as far as the room ceiling. This is not […]

100% made in Belgium Lithoss, the international renowned design company of Belgium, is already 10 years active with its traditional high end design switches and received a couple of prestigious design awards for this. Recently Lithoss launched a complete new range of design switches: The Piano. The design is ready after 2 years of development […]

Nothing escapes its observation: the KNX presence detector mini in its standard or universal version with integrated bus coupling unit. With its compact structure it can be installed in three different ways. Depending on the circumstances of the location it can be mounted in a false ceiling, surface mounted or installed in a flush-mounted box.That […]

Jung presents a new intelligent interface for building automation with the KNX DALI Gateway Plus. This enables the networking of a KNX installation with a DALI digital lighting system. It allows room lighting control of open-plan offices for example, classrooms, production halls, meeting rooms, showrooms, or shop windows to be simply and conveniently included in […] 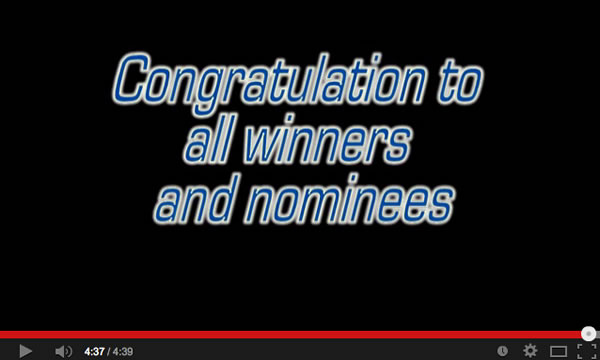 This video illustrates the KNX Award 2014 nominees and winners as presented at the KNX Top Event at Light+Building 2014.