KNX UK member Design Innovation’s ability to deliver seamless, fast integration of all building control systems using KNX has been underlined at Spicers House in Oxshott. Design Innovation’s service included the pre-assembly and programming of the installation off-site to the developer’s requirements, before delivering and commissioning a complete intelligent home.    Design Innovation’s client was […]

KNX intelligent building controls are an integral part of The Crystal, a Sustainable Cities Initiative by Siemens In its first year, Siemens’ urban development center, the Crystal, has evolved into a global hub for urban sustainability, a well sought-after venue for conferences and meetings – and an East London landmark. From August 30 to September […]

ProKNX is offering gateways that allow the integration of KNX installations with other audio and video equipment. This means that climate control, shading, lighting etc, can be controlled according to the settings of audio or video equipment, or vice versa. The ProKNX-bwc gateway allows bi-directional communication through IP with the KNX bus and is designed […]

The Thermokon Sensortechnik STC-KNX EIB-Gateway is a bidirectional 32-channel receiver for connection of Thermokon EasySens sensors and wireless switches such as EnOcean radio devices, to the EIB/KNX bus. With this device, commands and measured values of EnOcean wireless sensors can be transferred to the KNX bus, for example, to control KNX actuators, while EnOcean wireless […] 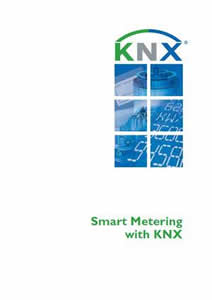 By KNX Association A brand new version of the Smart Metering with KNX flyer is now available in English and German. The rising cost of energy, the need for commercial viability and the protection of the climate call for more transparency in energy consumption. The general practice of annual energy bills does not help in […] 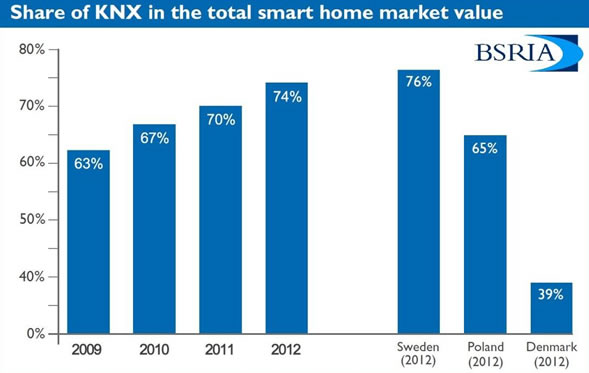 The Ebbw Vale Learning Zone is a new GB£33m state-of-the-art college in Wales. It has taken full advantage of KNX Partner Architen Lighting’s intelligent building control systems to save energy and save money, and has integrated emergency lighting into the building’s control system. The scale of the works include 1,200 emergency lights that are located […]

Berker has modernised its training centre in Ottfingen with new conference rooms and a bright and friendly environment that does away with the old school of chalk and talk. The new centre was expanded to accommodate a growing number of participants. The Berker team, which consists of four speakers, an assistant and a competent colleague […]

New Jung Solutions to be Available in Spain

Jung is launching a number KNX building automation control solutions, most of which will be available in the Spanish market almost immediately. Some of these products have already been awarded the ‘Plus X Award’. These include the KNX F 50 keyboards, available in Standard and Universal versions and 1, 2, 3 and 4 phases. Available […]

SAPIENX to Hold Course Based on NETxAutomation Solutions in Madrid, 4-6 September 2013