SBC 2019 AVIXA Panel on Smart Buildings – From Concept to Reality 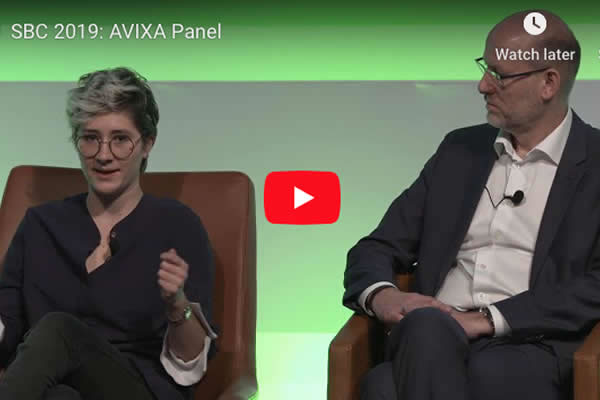 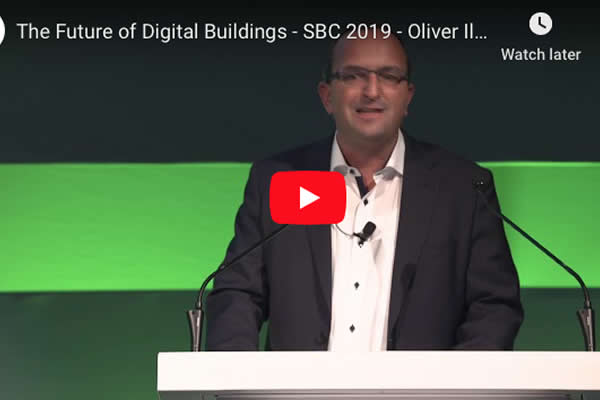 IoT and digitalization is a driver in every segment, the building segment is not and will not be an exception. How digital are buildings today and what possibilities do they provide? And what is in the future in smart cities? Future scenarios and visions based on fully digital buildings, so called Smart Buildings. “The Future […] 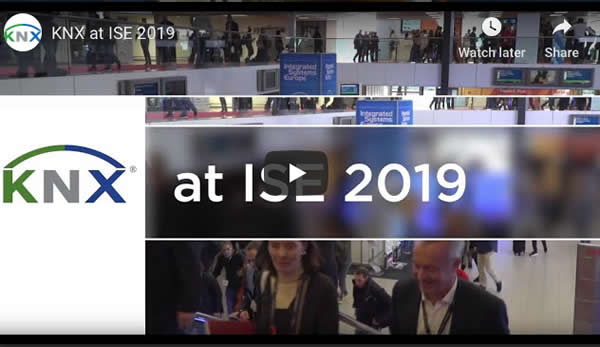 There was no doubt that ISE 2019 was a great success for KNX. This 1-minute video is a recap of the highlights of KNX activities at this edition of ISE. 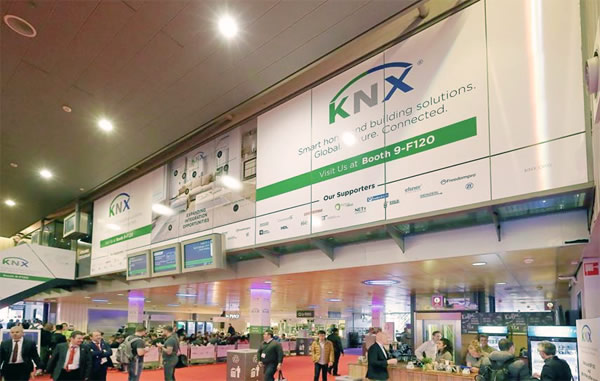 By Yasmin Hashmi, KNXtoday. Integrated Systems Europe is the world’s largest event for audiovisual and systems integration. Held at the RAI in Amsterdam, 5-8 February, the show filled 15 halls with 1,301 exhibitors, 225 of which were companies exhibiting at ISE for the first time. At 81,268, visitor numbers also broke records, with 32 per […] 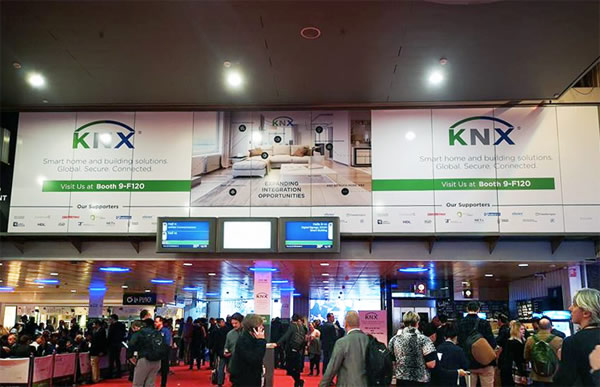 By Yasmin Hashmi, KNXtoday. At this year’s Integrated Systems Europe (ISE) show, 50 KNX manufacturers took part, 20 of which shared the KNX Association stand that dominated the Smart Buildings Hall. There was something for everyone, with training and consultation sessions for beginners and experienced installers, plus a party to celebrate KNX’s augmented status at […] 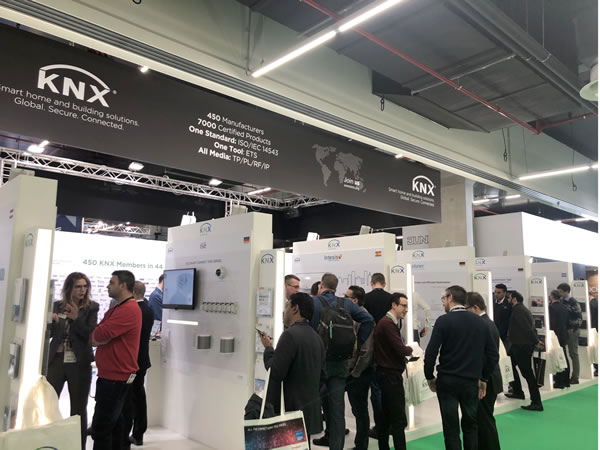 At this year’s Integrated Systems Europe (ISE) tradeshow at the RAI in Amsterdam, 5 – 8 February, KNX became the most important partner thanks to its new role as ISE Presenting Show Partner. ISE is the world’s largest exhibition for AV and systems integration and this year 50 KNX manufacturers took part. The 168m² KNX […]

ISE 2019 shows how technology and creativity deliver experience The 16th Integrated Systems Europe, which ran at the RAI Amsterdam from 5-8 February, was the biggest, broadest-reaching and most exciting edition of the show ever – confirming it as the international destination of choice for AV professionals. As well as hosting 15 halls containing the […]

The name says it all with the new “compact” actuators: The housing design is optimized for socket installation. There is one version of each function variant that communicates via twisted pair and one for KNX RF radio. The multifunctional KNX S1R-B4 compact and KNX RF S1R-B2 compact devices control one drive (up, down) or two […]

KNX eTR 101 Room Temperature Controller is a heating controller for the KNX building bus system. The switch-sized control unit is placed on site in the room. The controller automatically ensures the desired room temperature and enables individual readjustment via touch surfaces. The simple user interface allows use in both private and commercial areas, especially […]