Group Alelek, in collaboration with leading manufacturers, is organising the 2014 KNX home automation fair in Heusden Zolder, Belgium on on 5 November 2014. Anyone with an interest in KNX is welcome to this free exhibition to discover new products, acquire knowledge, and network.  The exhibition is aimed at KNX integrators, programmers, installers, AV integrators, […] 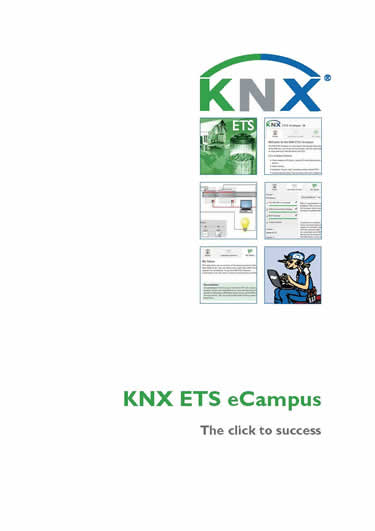 By KNX Association Building automation with KNX has a great future – it is a business opportunity not only for professionals such as system integrators but also for newcomers. The KNX ETS eCampus tool from KNX can signify the first step along the path to success. www.knx.org/media/docs/downloads/KNX-Flyers/ETS%20eCampus/ETS-eCampus_en.pdf

The weather station detects and processes the signals of the analogue sensors such as wind speed, light level, twilight, precipitation and a DCF-77 signal. Up to four analogue sensors and the DCF-77 weather combi-sensor can be connected in any combination. For installation on DIN rails EN 50022. The bus is connected via a special connecting […]

KNX Spain is participating at MATELEC 2014 – the most important trade fair in Spain for ‘Systems Technology Solutions and Services for Monitoring and Efficient Management of Electrical Energy’. A key to achieving that efficient management aspect is the control and automation of buildings and homes, where KNX with its global, open standard plays a […] 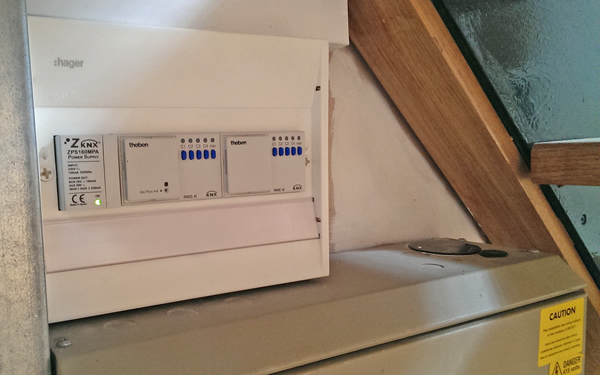 By Ben Lewis, KNX Consultants. This three-part series covers the practicalities of controlling the lighting and heating in our headquarters, and monitoring our energy consumption, all using KNX. The building is a 17th-century Grade II listed former dovecote, and is located in Staunton, Gloucestershire, UK. In part 1, we looked at the installation of KNX-based […]

How to Solve it: Synchronising the Status-LED of Wall Switches and Lighting Channels

By Jesús Arias García, KNXin. Nikola Tesla, one of the most prolific engineers of our time and father of alternating current, was a fan of renewable energy. His new and state-of-the-art technology spawned the modern city, and was responsible for one of civilization’s milestones: the first-ever hydraulic power plant. Powered by the Niagara Falls, this […]

Trade Talk: Shade Control – the most underspecified aspect of the KNX smart home

By Sophie Thomas, Ivory Egg. The nights are beginning to draw in again, and the clocks will soon be changing. Rather than feeling down, we can focus on the positives: KNX installations around the world will be effortlessly switching external lights on automatically at dusk, just that bit earlier, and the heating will begin to […]

Best Practice: The Changing Use of the User Interface

By Simon Buddle, Future Ready Homes. Many moons have passed overhead since I programmed my first user interface. Full of joy that I had managed to program a button to turn on the lights, a small LED to the button’s right informed me that I had been successful. That night, I told my girlfriend of […]

KNX is becoming more widely used in homes and businesses across the world, but in some countries, such as the UK, KNX is still relatively unknown. In order to better understand the advantages of being involved with the technology, we asked certified KNX trainer, Tim Robbins of My KNX Store, about what being KNX certified […]