JUNG offers ‘Made in Germany’ certified electrical switches and systems 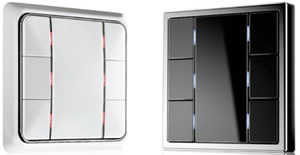 By Salvatore Cavalieri, Ferdinando Chiacchio and Alberto Di Savia Puglisi, University of Catania, Department of Electrical Electronic and Computer Engineering, Catania, Italy Vol 9, No 7 (2014), Journal of Computers Abstract Interoperability in all the levels of a communication architecture for automation applications cannot be easily satisfied because control devices are generally based on different […]

On 8th June 2014, GVS based in Guangzhou, China held an event to celebrate its 15 years in business. The invited guests included a large delegation of KNX representatives including local manufacturers such as Urmet and Pei Ying, KNX China, KNX International, and KNX GVS partners from as far as Sweden and Thailand. As a […]

Joint access to Synco HVAC and KNX electrical systems Integration of up to 230 KNX communication objects Trend recording with e-mail notification The Siemens Building Technologies Division has introduced version V5 of its proven OZW772 web server with built-in energy indicator. In addition to the direct integration of devices from the Synco family, the new […]

The INTENSITY is a high-end elegant touch button switch with 1/2/4/8 touch zones. It is created out of brushed/anodised aluminium (white alu/natural alu/black alu/white painted alu), glass (white/black/silver/gold) or corian (white/white cross) and its symmetric modern look makes the INTENSITY a state-of-the-art product. The multi-colour LEDs are lighting up when touched, turning the INTENSITY into […]

In order to enhance the local and international training activities of Schneider Electric UK & Ireland, six candidate KNX tutors successfully concluded the theory and practical exam of the KNX tutor crash course held in London on 20th of May. The 6 tutors came from diverse international backgrounds, not only UK and Ireland, but also […] 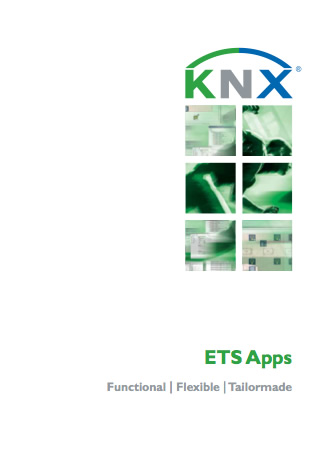 Apps make ETS even more versatile. There are Apps for iPhone, for smartphones, for tablets – and since the launch of ETS4 there have been Apps for the Engineering Tool Software ETS. In principle, the ETS Professional is sufficient for users wishing to install and configure KNX installations. Just as for mobile phones, users may […] 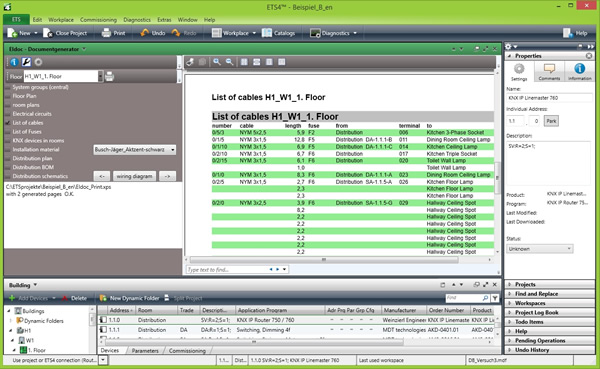 EIdoc is an automatic documentation generator, which can print out a detailed project documentation. It uses all the inputs of an Eplan ETS project. The documentation includes: • A list of system groups with data type and source • Floor plans with electrical planning • Floor Plans with dimensioned lamps and sockets • Lists of […] 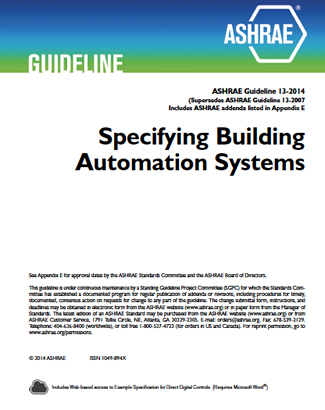 Published: 2014 Number of Pages:118 ASHRAE Guideline 13 is intended to provide a designer of building automation systems (BAS) with background information, recommendations for good practice, project considerations, and detailed discussion of options with respect to the design of a BAS system. The guideline includes online access to an example specification, available in Microsoft Word® […]