PEAKnx, manufacturer of innovative hardware and software components for building automation, offers its 8” KNX control panel Controlmicro as a PoE variant. Professionals and building owners are thus given an additional option for supplying the room controller with voltage: as a Power-over-Ethernet variant, the Controlmicro obtains power via the network cable instead of the conventional […]

ARIGO Software GmbH is an internationally operating software company. It offers IoT solutions for the control and networking of intelligent devices in building and industrial automation, as well as in smart cities. The company delivers cloud-based mixed operation of various control systems via a control technology and building management system. Remote maintenance and networking is […]

On the 27th of September, KNX Association will hold the 14th edition of the KNX Award ceremony online. The KNX Awards reward the smartest KNX projects in home and building control around the world, which stand out as regards innovation and technical progress. You can be part of the experience by voting for the People’s […] 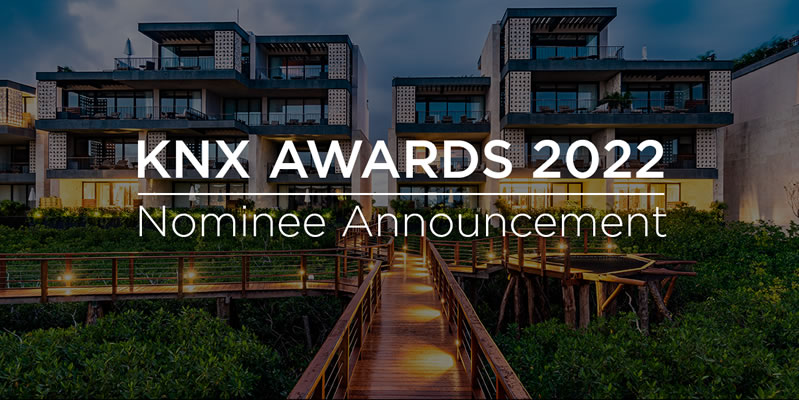