Numerous presentations and activities underline the worldwide leading position of KNX – The KNX Award, the biggest event at the Light + Building Fair 2018.

At this year’s Light + Building fair in Frankfurt/Main (18th till 23rd of March 2018) KNX will again underline in style its strong international position as the worldwide leading technology for smart homes and buildings. At prominent spots in several halls, the distinctive logo with the three letters will catch the eye: For instance, at the well-visited Galleria, on a surface of approximately 700 m², KNX Association will erect the KNX Internet of Things city. At this booth, KNX will present topics like “the role of KNX in the Internet of Things”, “Protecting KNX installations with real KNX Secure Devices, showcased at various KNX Secure Panels”, “KNX RF in action”, “The KNX Championship” and “KNX Training Area – easy ways of getting to know KNX”. The KNX IoT city booth is completely devoted to the strongly increased security requirements for the whole industry, which will be highlighted by the KNX Professionals, showcasing 10 real KNX Secure applications. On top of that, the KNX Association hands out special fair reductions for the ETS, as well as 300 free entry tickets to Light + Building 2018. More information can be obtained via KNXatLB.knx.org. 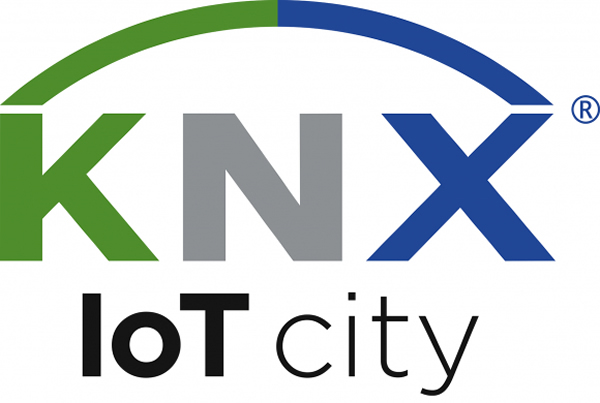 All in all, KNX Association will be represented at the international fair in Frankfurt with five booths with an overall surface of over 1000 m². Next to the KNX IoT city (at Galleria), the KNX Member community booth is located in Hall 8 (Booth F98), at which 28 members from 9 countries will present their novelties. In Hall 9 (Booth B30), KNX has a joint booth with Smart Home Initiative Germany, at which the winning projects of its annual Smart Home Award will be presented. Also in Hall 11.1 (Booth C92) has yet another member community booth. And finally, the KNX stand in Hall 9 (E14) dedicated to the KNX Secure.

For a long time the KNX Standard is part of the global Internet of Things (IoT). As part of the KNX IoT city, the results of the KNX IoT project will be demonstrated. On the one hand it will be shown how the existing KNX solutions will be extendable with multiple IPv6 compliant physical media, on the other hand how KNX plans to extend its distributed reliable interoperability up to the cloud. All of this taking into account the results of the joint work with Fairhair Alliance and Thread Group.

Especially the proliferation of the internet (IP) as universal communication method and its penetration also into the world of building control, has led to new challenges as regards security. By introducing KNX Secure, KNX Association guarantees that any information transmitted by KNX is protected against deliberate attacks to change, record or replay information by unauthorised third parties. The KNX Professionals demonstrate the ease of implementing KNX Secure by using real KNX IP Secure and KNX Data Secure devices. These devices will furthermore be showcased at the KNX Secure Panels at all KNX booths.

Light+Building 2018 in Frankfurt is of course putting spotlight on the Engineering Tool Software (ETS) at various ETS Areas. The areas invite to learn more about the flagship tool of KNX Association, along with all ETS apps, the power extensions for the ETS Professional, and the new updates of the ETS Inside with the support on a Linux platform and the synchronisation functionality with ETS Professional. As novelty, KNX Association will be presenting the Smart Home Planner, the new tool planning, designing & experience KNX Online.

The KNX Top Event, at which the KNX Awards are handed out, is without any doubt the highlight and at the same time the largest event of the Light + Building fair. It will be organised on Tuesday, 20th of March 2018. This year, participants from 60 countries worldwide handed in their projects. This year’s edition is already the 12th award ceremony of the internationally acclaimed contest, for the third time including the People’s Choice Award, which is granted based on the results of an internet poll. The event will be again organised in the Panorama room at Forum Building at the fairgrounds in Frankfurt and will be followed by a cheerful after show party.

The large number of KNX members showing products and solutions for KNX installations at own booths at the fair clearly underpins the leading position of KNX in the market. More than 180 KNX members are represented with own booths in 2018 in Frankfurt to demonstrate which levels of comfort, security and energy efficiency can be realised with KNX already today.