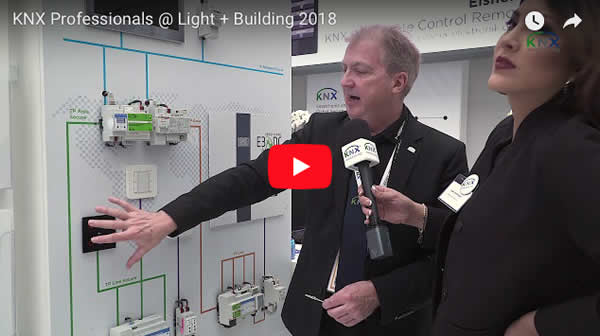 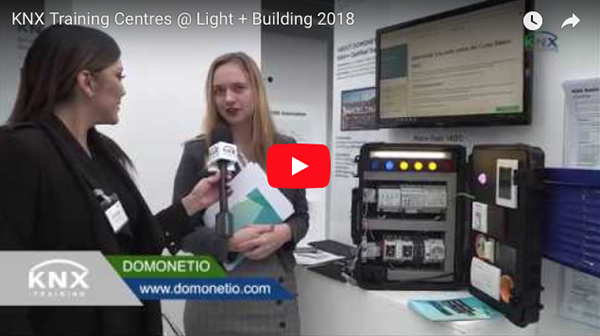 KNX IoT city invited KNX Training Centres to be part of the worldwide biggest performance for smart homes and smart buildings. Learn more about training opportunities in this video. www.knx.org 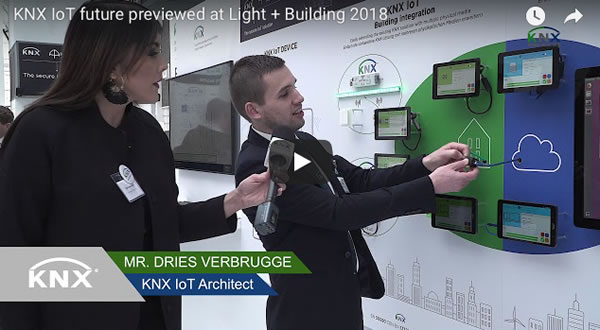 At Light & Building 2018 KNX Association has demonstrated the ongoing standardization work on new KNX IoT solutions. These new standards will allow devices to speak on a semantic level across different media. The end result will be a distributed system, including the todays KNX devices and future devices directly on several IP media. In […] 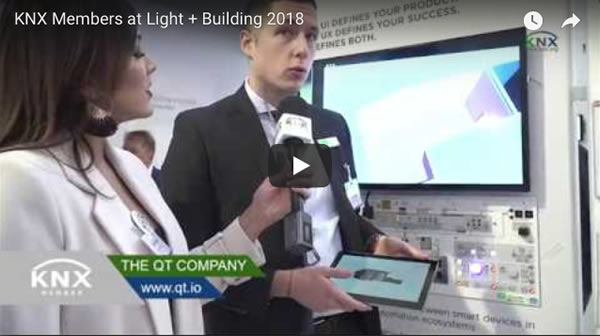 At the 2018 edition of the Light + Building fair, 27 KNX Members from 8 different countries were exhibiting with their own panels at the KNX booths in hall 8 and hall 11.1. You can watch the video to see the innovations they presented. 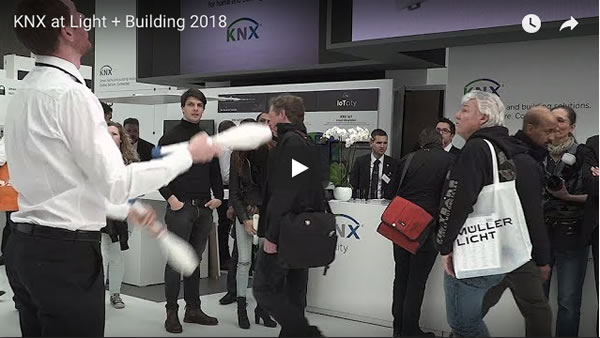 At this year’s Light + Building fair in Frankfurt/Main KNX again underlined in style its strong international position as the worldwide leading technology for smart homes and buildings. At prominent spots in several halls, the distinctive logo with the three letters caught visitors eyes: for instance, at the well-visited Galleria, on a surface of approximately […] 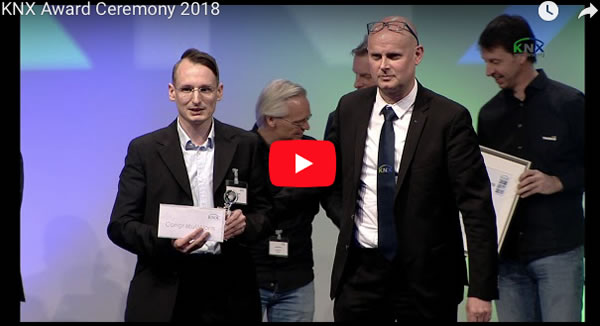 This year, at the largest Light + Building event, the KNX Awards were presented for the 12th time. Two thousand guests were in attendance for the occasion. Thirty-eight KNX projects in the field of building automation were selected and nominated from a large number of applications by a top-class jury. Eight of them ended up […] 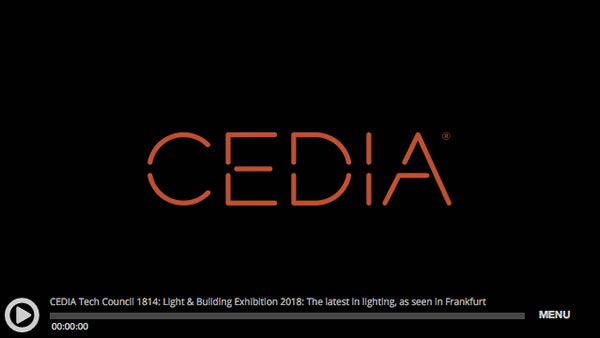 Sam Woodward of Lutron and Mark Warburton of Ivory Egg both attended “L&B” in Frankfurt, Germany, and they’ve got info on the latest lighting tech. Peter Aylett (Archimedia) also joins in. “Going back over the past 14 years, and you’d be hard-pressed to find much in the way of LED. Now it’s dominant; it’s everywhere.” […] 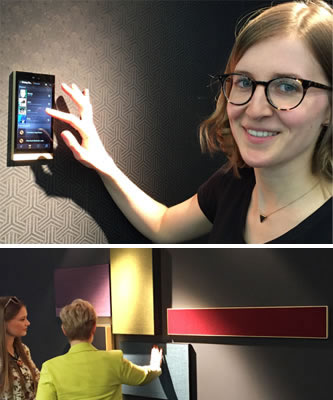 By Yasmin Hashmi, KNXtoday If you were looking for a particular type of KNX server or gateway, there was so much choice at Light + Building 2018 that it is impractical to cover it all here. As expected, there were plenty of dedicated gateways for protocols such as DALI, ModBus, BACnet etc, but there was […] 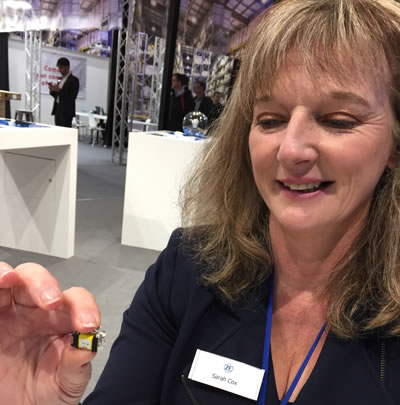 By Yasmin Hashmi, KNXtoday If your interest is in KNX user interfaces or sensors, there was plenty at Light + Building 2018 to tempt you. Switch designs were on show in a wide choice of styles and finishes with varying degrees of customisation possible. There was also a wide choice of dedicated stand alone sensors, […] 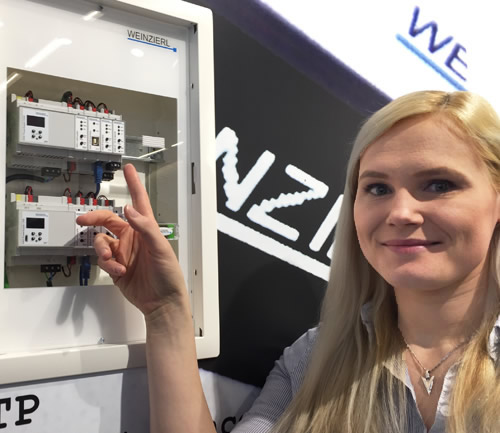 By Yasmin Hashmi, KNXtoday In Parts 1, 2, 3 and 4 of this five-part series on highlights from the recent Light + Building show in Frankfurt, we presented a selection of KNX products and technologies ranging from new user interfaces, to HVAC, lighting and shading; system programming, servers, gateways, sensors and the IoT. The common […]