With the simple RESTful API outlined in ETSI TR 102 966, M2M Application developers and cloud services can access a large number of fieldbus and automation protocols with a homogeneous XML protocol independent syntax (oBix) and the usual GET/POST/PUT/DELETE verbs already used by Web browsers. The addition of native KNX support to TR 102 966 means that KNX developers can access KNX specific XML elements in addition to the abstract protocol independent elements. For instance the full details of KNX DPTs may be accessed through the ETSI M2M REST API. 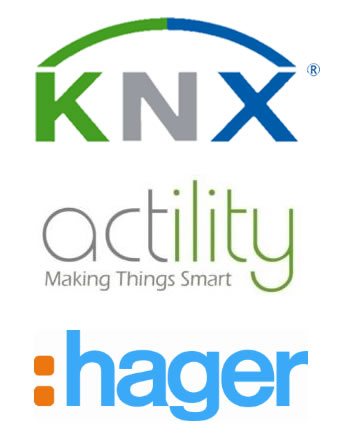 This enhanced KNX REST API provides full access to the entire KNX ecosystem. The REST API is very easy to use for any developer, as it is the same proven technology used inside Web browsers. In addition REST simplifies component implementation, reduces the complexity of connector semantics and improves the architecture scalability.

A KNX/IP sample REST driver is provided as open-source at cocoon.actility.com.

For M. Joost DEMAREST, CTO of the KNX Association “A developer can very quickly develop reliable automation application without deep knowledge of the KNX protocol. Also, REST is independent from the selected underlying development language. Developers can keep their familiar environment like C++, Java, php… “.

More generally, KNX is now fully compliant with the ETSI M2M architecture and provides a development framework for distributed automation applications. ETSI M2M defines how M2M devices communicate securely with each other and with M2M applications, and how they interact with local scope automation and fieldbus standards, such as KNX. An introduction of ETSI M2M is provided at cocoon.actility.com/documentation/ongv2/ETSI_M2M_videos. Support for wide area network distributed automation programming for KNX comes at the right moment: smart-grid and other energy optimization applications now require multi-site secure APIs for aggregators and other next generation energy services providers.

For M. Philippe MAGNERON, Deputy to technology & partnership director of Hager “Through http, ETSI M2M REST is firewall friendly. It does not require any company NAT or home gateway configuration. For Hager, it is important that our KNX equipment can be installed and controlled easily and does not interfere with the customer network.”

The set of KNX resources complies with the TR 102 966 interoperability framework of ETSI M2M, ensuring that any ETSI M2M application will be able to browse the KNX network and interact with the

bus. In addition, KNX specific elements has been added to the REST resources so that KNX aware ETSI M2M applications have full access to the advanced features of the KNX network and devices for specific needs.TR 102 966 combines the ability to access any protocol with a uniform API, with the ability to innovate and access native protocol specific features.

With the “Cocoon” Open source initiative (http://cocoon.actility.com), a KNX REST API implementation is available to the developer and manufacture community at no cost. Cocoon wants to enable mass market M2M deployments with millions of gateways accessing hundreds of applications.

“The KNX community can freely access the REST driver, use it in an ETSI M2M framework or in proprietary developments. It is accessible as a standalone Linux executable which accepts REST commands over CoAP/UDP, according to ETSI M2M dIa interface. We hope that this kind of facilitator will foster the development of new innovative cloud M2M applications, such as Smart Grid Demand Response for example.” adds Olivier HERSENT, Actility CEO.