Introduction to KNX at ISE 2022 and beyond 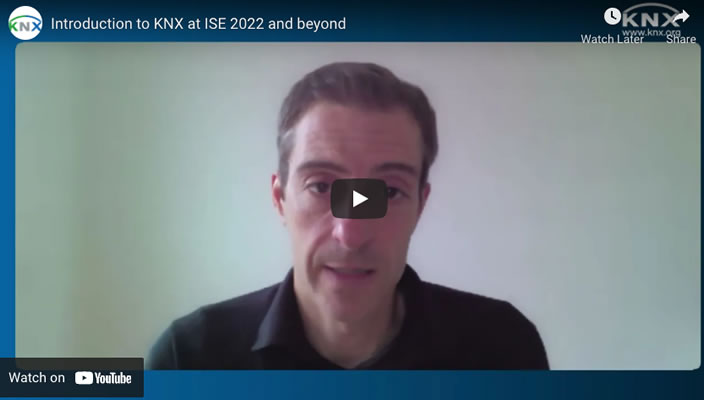 The Marketing Team Leader, Casto Canavate will give you a good overview, not only the key activities and areas in the KNX booth at ISE 2022, but also the Smart Building Conference arrangements for KNX. As a key participant at IoT Solutions World Congress, KNX is also delivering messages on a few key subjects. In […] 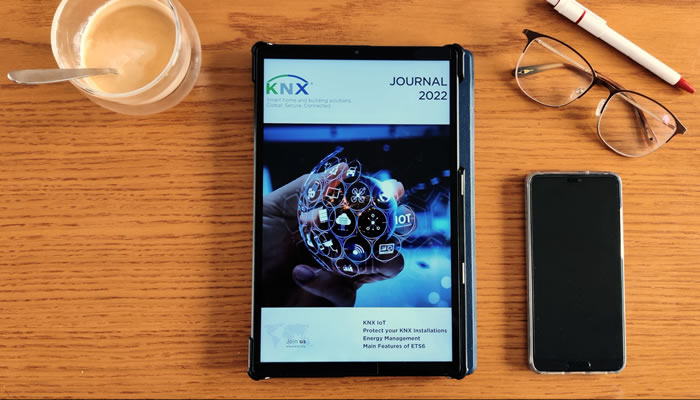 The annual Smart Home and Building solutions magazine is now available to the KNX community worldwide: The KNX Journal 2022. Learn more about this year’s highlights, such as the new developments in KNX IoT, learn how to secure your KNX installations, a deeper dive into energy management, and last but definitely not least: a closer […] 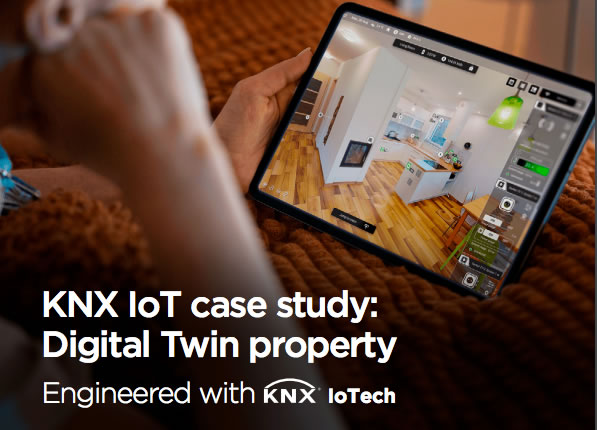 While KNX has been capable of using IP networks to communicate (between devices, or between servers and clients) thanks to the KNXnet/IP protocol, KNX IoT qualitatively increases the interoperability at IP level, becomes SW-development friendly and adds new physical layers demanded by the market (mesh networks). In this new scenario, the KNX IoT 3 Party […] 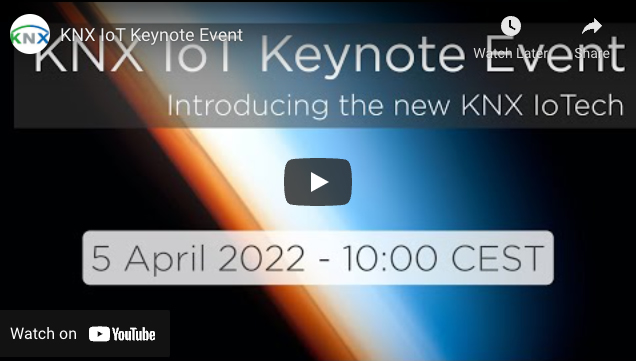 KNX Association rolls out its new innovation that brings the IoT (Internet of Things) technology to its smart homes and buildings solutions. Laying the foundation for a smarter and sustainable future, the keynote event for the unveiling was held on 5th April at 10am (Brussels time). Program: – Heinz Lux (CEO, KNX Association) – The […]

ISE has just published an updated digital edition of RISE, the official magazine of ISE 2022. With our first full show in Barcelona just over six weeks away, RISE is the perfect tool to help you to make the most of your visit. It’s full of information about the show, from the busy show floor […] 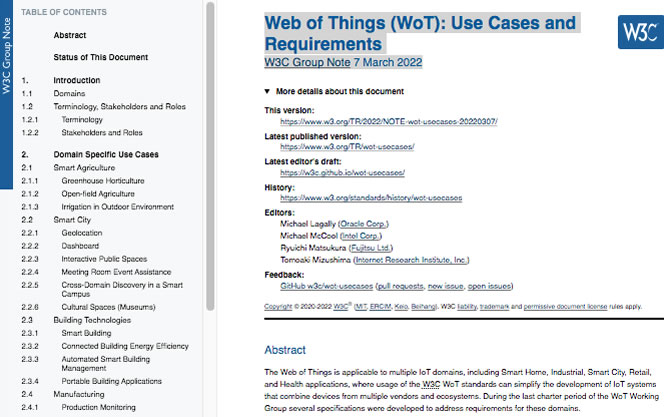 The Web of Things is applicable to multiple IoT domains, including Smart Home, Industrial, Smart City, Retail, and Health applications, where usage of the W3C WoT standards can simplify the development of IoT systems that combine devices from multiple vendors and ecosystems. During the last charter period of the WoT Working Group several specifications were developed to […]

KNX Energy Management: now and in the future 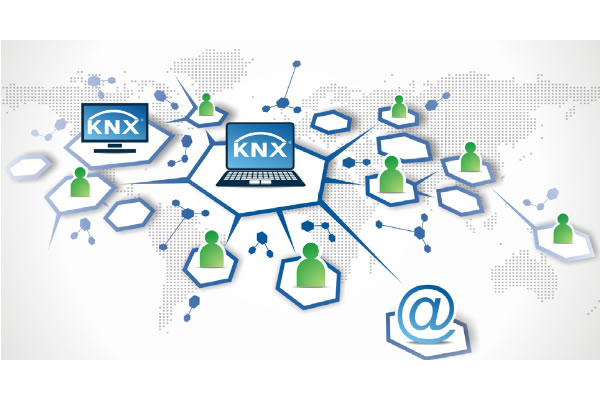 Technical presentation by Joost Demarest available until 31 March 2022. For the time being, KNX Energy Management concentrates mostly on collecting momentary values and realizing a corresponding energy management in a central device and/or visualization. With the prEN50491-12-2, mechanisms are introduced to allow devices to communicate their energy flexibility, i.e. to tell what they are […]

How to protect your KNX installation with ETS6 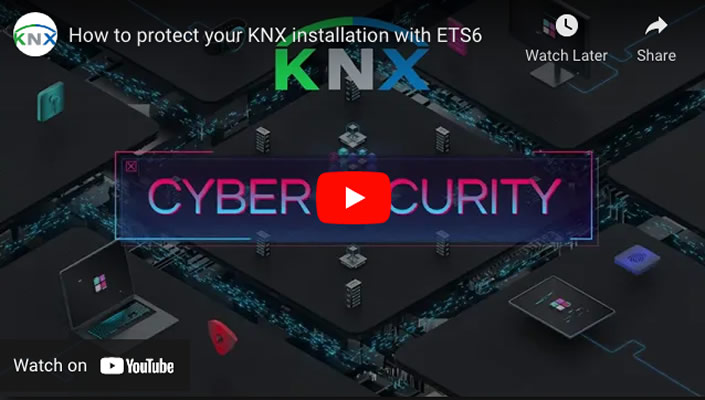 To ensure maximum security in your KNX Installations, this video explains everything that needs to be considered to achieve a secure KNX installation. The video has been designed to make sure that people are not trying to take advantage of possible security loopholes in installations. In many installations, such loopholes are unfortunately very straightforward. Watch […] 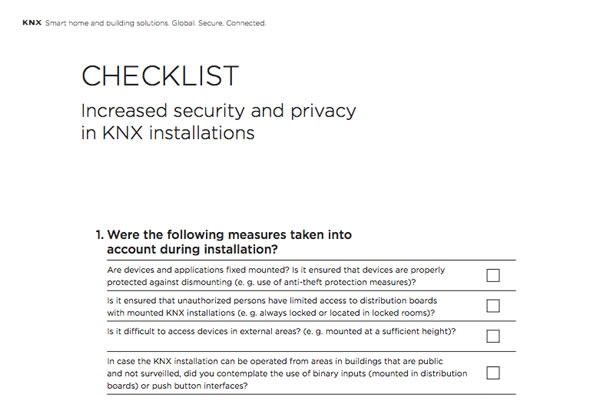 Checklist for increased security and privacy in KNX installations. https://www.knx.org/knx-en/for-professionals/benefits/knx-secure/KNX-Security-Checklist-en.pdf 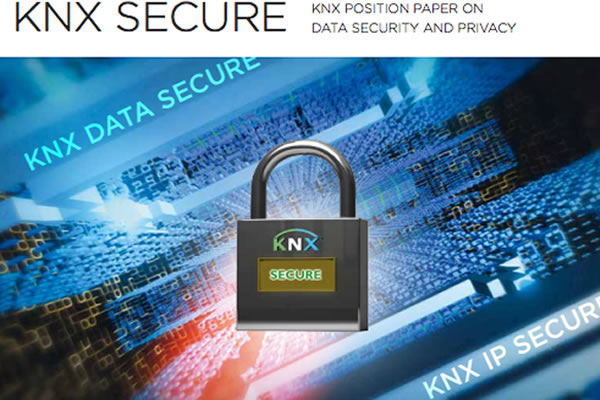