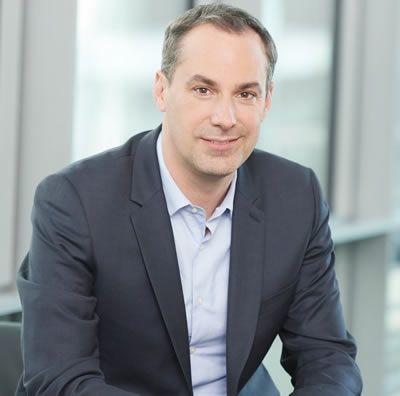 Cedrik Neike holds an MBA at the INSEAD Business School as well as a Bachelor (Honours) in Engineering and Business Finance. He started his career at Siemens as a Product Line Manager for Wireless Internet. In 2001 he joined Cisco Systems for several management positions in the US and Germany, returning to Siemens in 2017. He was appointed to the Managing Board of Siemens AG in April 2017. He also became CEO of Smart Infrastructure in April 2019 and assumed responsibility for Siemens India Ltd.

Buildings are an integral part of everyday life. With people spending a lot of their lives indoors, it is increasingly important to ensure that these buildings are safe, secure and comfortable. In this interview, Cedrik Neike explains why buildings have to be smart to meet these expectations, what role smart buildings play in the future of energy grids and why,
for once, the sky is not the limit.

Q: What is a smart building to you?

Cedrik Neike: Buildings have been there for thousands of years, but unaware if someone were to enter or leave them. With digitalisation, a building can now get to know about its occupants. It can provide feedback, not only to the residents, but also to the facility managers and the owners. So to me, a smart building is one that doesn’t just stand there, but one that understands its environment, interacts, learns and adapts.

This is not exactly a technical definition, but at Siemens, we believe that first of all, a people-centred philosophy is required. Before focusing on a technology, you have to find out what that technology can do for the people using it and how they are affected by it. By 2020, up to 50 billion devices will be connected to the Internet of Things, with one fifth of these being used in buildings. The amount of data being generated by IoT devices is immense and is only set to grow. Capturing this data is important, but not enough. The key to smart buildings is how the data is used and analysed. This allows a building to be more flexible, more personal and, ultimately, more productive for us humans.

Q: What benefits does a smart building offer?

Cedrik Neike: Let me start with the builders. Thanks to digitalisation, they are capable of building digital twins, accurate digital representations of future buildings, which makes construction much more efficient. In other words, a building can be smart right from the beginning. For the owners, however, the smart building adds value by giving feedback, for example on how it is operated most efficiently. It can detect problems before they become real issues. This helps to reduce operating costs and increases productivity.

Q: What about the people living and working in smart buildings?

Cedrik Neike: Remember that we spend 90 percent of our time in buildings. We want to be as comfortable as possible, as safe and secure as possible, and we want to leave the smallest ecological footprint as is feasible. If the smart building knows that I’m there, it will make sure that I’m secure from a fire and an intrusion perspective. It will give me the right room temperature and the ideal air quality to cater to my health.

Q: Globally, buildings consume about 40 percent of all energy. How can smart buildings help reduce this massive share?

Cedrik Neike: Up to 50 percent of the energy an average building consumes is being wasted. We are heating rooms that don’t need to be heated, we are lighting rooms that don’t need to be lit. We do a lot of things that we shouldn’t do. The good news is that according to recent studies, improvements through digitalisation and interconnectivity can reduce a building’s ecological footprint up to 80 percent compared to an average building. I wouldn’t stop there. It’s not only that buildings consume energy, in the new world, they will also produce energy, becoming intelligent prosumers that interact with the world.

Q: As prosumers, buildings will play a new role within the energy system. Where do you see the benefit?

Cedrik Neike: Just like buildings, the grid will also become smart. Let me explain about a concept we’re currently testing in Canada. We’ve got a substantial research grant from the Canadian government for a couple of provinces where they have a lot of electric heating systems. We started integrating the buildings into the grid. We want to store for example excess energy as heat, which is very easily done in boilers. In other words, you start using your smart buildings as batteries, not electric batteries in this case, but heat batteries. We’re currently experimenting on a system which allows shaving peak loads and storing energy for times when there are lower production levels. For Canada, the goal is to build what we call a virtual power plant. In this concept, buildings become part of a distributed power plant. If it works out, one or two coal-fired power plants won’t need to be built. I find this very persuasive.

Q: When buildings produce extra energy, there’s an opportunity to sell it to the market. How big is the potential in terms of profit?

Cedrik Neike: The great thing about renewable energy is that you are able to give part of this extra energy back to the grid and therefore contribute to the community. In this way, you make the building a productive asset in the ecosystem. We’ve worked with LO3, a start-up in Brooklyn, New York. Together, we built a microgrid using blockchain. This allows a building owner to sell their excess solar capacity so that others in the neighbourhood can run their air-conditioning based on these renewables, instead of using energy from a power plant. The idea is to build a microgrid which basically is a trader’s community. Imagine you’d sell your extra capacities to the coffee shop next door, and in return you would get free coffee. The concept raised quite some interest. There are plans already to replicate it in Australia.

Q: How do these prosumers fit into the concept of a smart city?

Cedrik Neike: What did the Internet do to computers? It started to connect all computers and let them interact with each other, making each one more intelligent. The same will happen to smart buildings. They can be connected to the city’s electricity grid, the gas, the water, the heating grid. They will become part of a smart ecosystem, in which everybody knows how to interact with each other. That’s why the Internet example is a very good comparison. Of course, nobody will ever build a smart city from scratch, but a city will become smarter as its buildings become smarter. 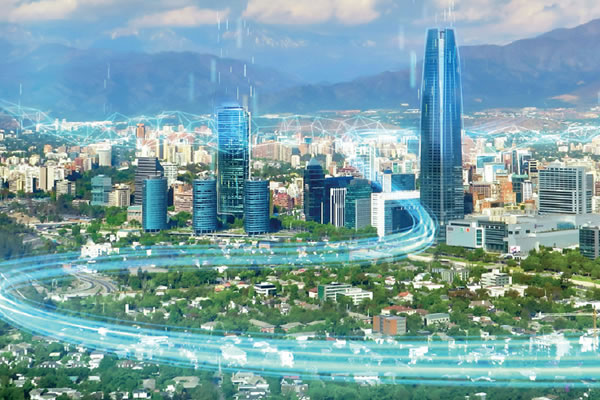 Q: The digital transformation is far from completed. What will the buildings of the future be capable of?

Cedrik Neike: I always say the sky is the limit, but in this case, perhaps I should say the roof is the limit! Interaction between buildings and their users is certainly a trend that will gain further traction. Ultimately, we strive to get to a point of unconscious interaction, where the building is intuitive, where occupants go about their daily activities with no direct interface to the digital building. At some point, the building will hopefully be smart enough to predict occupants’ needs, creating an environment that cares for its occupants as well as those living nearby.

Over the past thirty years, KNX has laid the foundations for the digitalisation and networking of buildings. Building automation is a core technology from which smart buildings within smart ecosystems, and hence smart cities, are constructed. With more than 400 vendors and 100,000 certified partner companies, KNX is the dominant field bus standard for building automation in Europe and China and is highly accepted throughout the building industry.

From the early beginnings of the standard, it has been interoperable between vendors, giving maximum flexibility in supplier selection. KNX offers effective data exchange across building automation system boundaries, including HVAC and electrical automation disciplines, as well as the important mechanisms for data security.

Smart cities are built from buildings of all sizes and levels of complexity. Not only is KNX suitable for automating smaller installations such as residential and light commercial buildings, it can be integrated into very large building automation networks, making it perfect for even the most complex projects such as the mixed-use buildings and campuses that increasingly dominate smart cities.

Cedrik Neike is CEO of Siemens Smart Infrastructure (SI) and member of the Siemens Managing Board. Siemens SI aims to shape the market for intelligent, adaptive infrastructure for today and the future by addressing the pressing challenges of urbanisation and climate change through connecting energy systems, buildings and industries.