Valves: the Devil is in the Detail

It is a rare project that runs smoothly. A project manager will likely tell you it doesn’t matter how much forward planning, forward procurement, system design or testing you do, somewhere down the line you’ll hit a problem or two.

Part of project management is trying to analyse risk and foresee problems. Mechanical design, generally, is indicative rather than prescriptive. Many changes may be required during the project in order to cope with real world issues; the location of valves that have to be hidden, styles that have to be changed, or pumps that must be swapped from one type to another. And of course manifold layouts will often differ from the UFH (under-floor heating) drawing plans. 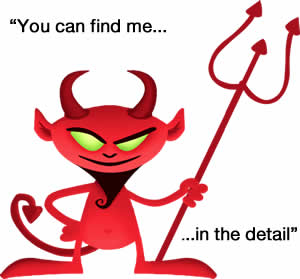 It may also be the case that a boiler has to be re-specified because the proposed route for the flue can’t be achieved. A case in point – most boiler manufacturers now only have short flue runs specified. If you need a long run, you’ll almost certainly be swapping to a Keston boiler.

Quotes often go out months before contact has been made with the contractors that will be working onsite. And in a world where Design & Build contracts are common, it is no wonder that some of the details are missed or changed along the way. Hopefully at this point, all of you are screaming, ‘Change orders!’ However, there are some details that are simply impossible to know ahead of time. So how do we prevent ourselves from being financially exposed to such issues?

Let’s look at valves. There is a plethora on the market, all with subtly different functions and specifications. Any valve requires an actuator, and this where I start. I forward the specification of the valves to the design team.

You will see that each valve has a thread size that looks something like M 30 x 1.5. The M indicates the diameter of the valve – 30mm in this case. The 1.5 refers to the pitch of the thread – 1.25 being finer/smaller than 1.5. Distributors may be able to provide helpful information on the different adapter ring types. Ivory Egg, for example, has posted a useful valve adapter chart. It’s also true to say that there are lots of adapter rings out there that will allow you to convert from one size to another.

The stroke is the distance that the valve’s mechanical pin can be moved. This will generally be between 1mm to 5mm. When no actuator is fitted, the pressure of the water in the system will push the pin out (open the valve) to its maximum stroke. For the actuator to be effective, it must be capable of forcing the pin fully down, i.e. its stroke maximum must be at least as big as that of the valve. It is worth noting that most KNX valve actuators can calibrate themselves to compensate for shorter stroke lengths.

If you come across springs on the valves, these are designed to force the valve closed, usually when there is no actuator fitted. With this valve type, we need to be concerned with the ability to invert our valve control, i.e. push the pin down to open the valve. In addition to this, we will need to understand the force of the spring in the valve.

In physics, force is something that causes a change in the motion of an object. The modern definition of force (an object’s mass multiplied by its acceleration) was given by Isaac Newton in Newton’s laws of motion. The SI unit for force is N and you will find on both the (spring-loaded) valve and the actuator, a maximum force measured in newtons. The force of the actuator must equal or exceed the force required to move the valve.

Much can go wrong when controlling valves, so it’s fundamental to test each one individually to ensure correct operation. I use a thermal imaging camera to speed the process as it is capable of ‘seeing’ smaller changes in temperature which therefore prove valves are opening or closing – especially useful if you have a series all together.

It’s not always possible to get the correct information at the beginning of the project, but it is possible for you to send the M&E team the specification for the valves that you propose to use and ask them to comment on them. If approved, you should be good to go, and if ultimately, they prove to be incorrect, you have an opportunity to create a change order for swapping over the valves.

Have a happy and hot summer. See you all in the autumn!

Simon Buddle CEng MIET, is a consultant for Future Ready Homes, a specialist in BMS and ELV services system design.