At this year’s Light+Building fair in Frankfurt/Main (13th till 18th of March 2016) KNX will again underline in style its strong international position as the worldwide leading standard for home and building control. At prominent spots in several halls, the distinctive logo will catch the eye: for instance, at the well-visited Galleria, on a surface of approximately 700m², KNX Association will erect the KNX Internet of Things city. At this stand, KNX will present topics such as ‘The role of KNX in the Internet of Things’, ‘Protecting KNX installations with KNX Secure’, ‘The new KNX ETS Inside Software’, ‘The KNX Championship” and ‘Start@KNX – easy ways of getting to know KNX’. 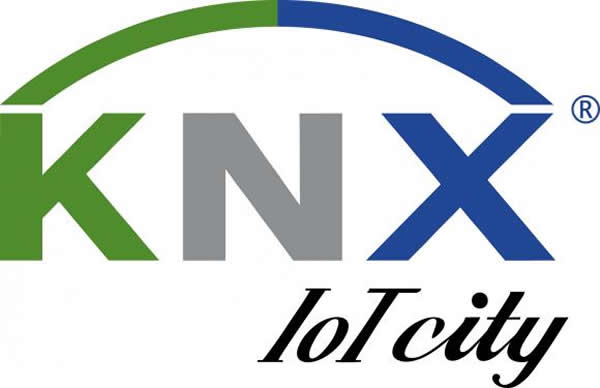 The KNX IoT city stand is completely devoted to the greatly-increased KNX project activities in the USA and is a replica of the famous Times Square in New York. On top of that, the KNX Association will hand out special fair reductions for the ETS software, as well as organising half-hour training sessions. Last but not least, KNX professionals will demonstrate 11 KNX IoT applications of the worldwide-expanding standard.

In all, KNX Association will be represented at the international fair in Frankfurt with four stands with an overall surface of over 1000m². Next to the KNX IoT city, the KNX Member community stand is located in Hall 8 (Stand F98), at which 28 members from 15 countries will present their novelties. In hall 9 (Stand B30), KNX has a joint stand with the German associations of the electronic industry (ZVEI) and electric trade (ZVEH). Also in Hall 11.1 (Stand C92) there is yet another member community stand.

The KNX Standard has been part of the global Internet of Things (IoT) for some time. With the world première of KNX Web services, KNX again will underline its prominent role and open up new ways to operate and visualise KNX systems through the Internet. The KNX Internet of Things (KNX IoT) is the focal point of the KNX IoT city at the Galleria. KNX professionals will demonstrate the ease with which KNX can be integrated in the Internet of Things.

The proliferation of the Internet (IP) as a universal communication method and its penetration also into the world of building control, has led to new challenges in security. By introducing KNX Secure, KNX Association guarantees that any information transmitted by KNX on any of the KNX media (KNX TP, PL, RF and IP) is protected against deliberate attacks to change, record or replay information by unauthorised third parties.

Light+Building 2016 in Frankfurt is the world premiere of the newest KNX Software version ETS Inside. The standardised ETS tool, available in 17 different languages, supports the installation of more than 7000 KNX certified products of more than 400 well-known brands. With ETS Inside – which will be introduced as a tool next to the renowned ETS Professional version – the entire ETS project will remain in the installation and thanks to that will be modifiable to the current needs at any time and from anywhere with a random internet browser. The completely overhauled user interface considerably simplifies the KNX project design and commissioning.

The American spirit will be brought to light+building by cheerleaders. On the KNX IoT Times Square an hourly dance performance will be offered and rugby balls distributed to customers. Not only because of the strongly increased KNX project activities in North America but also thanks to the recent startup of a local KNX National Group, USA has become a business matter for KNX.

The KNX Top Event, at which the KNX Awards are handed out, is without any doubt the highlight and at the same time the largest event of the light+building fair. It will be organized on Tuesday, 15th of March 2016. This year, participants from 60 countries worldwide handed in their projects. This year’s edition is already the 11th award ceremony of the in the meanwhile internationally acclaimed contest, for the second time including the People’s Choice Award, which is granted based on the results of an internet poll. The event will be again organized in the Panorama room at the Forum Building at the fairgrounds in Frankfurt and will followed by a cheerful after show party

The large number of KNX members showing products and solutions for KNX installations at own booths at the fair clearly underpins the leading position of KNX in the market. More than 180 KNX members are represented with own booths in 2016 in Frankfurt to demonstrate which levels of comfort, security and energy efficiency can be realized with KNX already today.