The Building Automation World Connects to Celebrate 25 Years of KNX

KNX Association has marked the 25th anniversary of KNX, the worldwide STANDARD for home and building control, with the largest ever, global event in one day for the building automation sector. 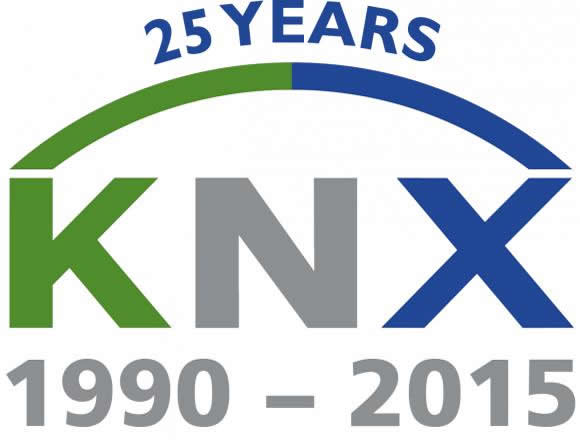 “What a spectacular way for the global KNX community to unite and celebrate 25 years of KNX,” says Franz-Josef Kammerl, President of KNX Association. “Each participating country has succeeded in focussing the minds of installers, specifiers and end-users on the capabilities, strengths and bright, long-term future of KNX as the worldwide standard for building automation. We can rightly say that, on this momentous day, KNX has connected the world.”

* Over 2500 social media shares of the KNX Lottery Game using the #KNXis25, the most popular hashtag ever in KNX history, with main winners coming from Australia, the Netherlands and Romania.

* http://KNXis25.knx.org became the most visited webpage in KNX history.

* A total of 6 co-ordinated KNX events took place at different locations in Spain – more than in any other single country.

Today, over 400 manufacturers develop and supply compatible devices and technologies for over 7,000 certified KNX product groups to a customer base of more than 50,000 KNX certified installers, operating in over 125 countries across the globe.

In 2015, KNX continues to evolve with the development of ground- breaking concepts and market-changing technology applications. For example, KNX city demonstrates the potential of deploying the standard to provide a combined solution for buildings, infrastructure, mobility and energy generation. Other initiatives include the development of KNX Secure for ensuring higher security in home and building control; the implementation of RF within KNX’s ETS commissioning tool; the increasing simplicity of KNX configuration via smartphones and tablets and using KNX to harness the power of big data and the “Internet of Things”.