A vibrant ISE is confirmed as a record breaker

After announcing in December that Integrated Systems Europe 2015 would be the last three-day event before a move to four days in 2016, attendance at this year’s show comprehensively demonstrated why ISE has made the move to expand the duration of the exhibition. 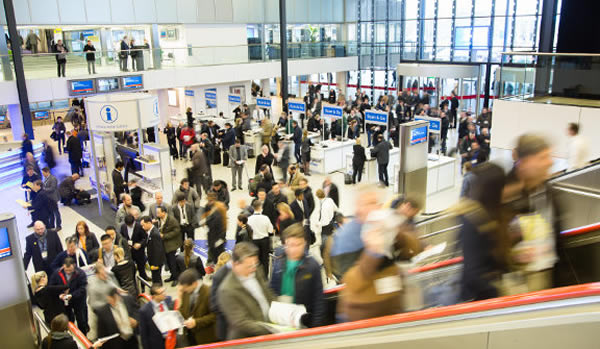 “The volume of attendance confirmed ISE’s position as the destination of choice for anyone involved in professional AV and systems integration,” said Mike Blackman, Integrated Systems Events Managing Director. “In addition to the ongoing attendance success story,” he continued, “the announcement that ISE has entered into a joint venture with invidis consulting to develop its highly successful Digital Signage conference demonstrates our commitment to grow ISE’s profile in key market sectors.”

As well as a buzzing show floor, ISE 2015 also offered visitors a wide range of personal development and training programmes provided by ISE co-owners InfoComm International and CEDIA. These sessions attracted over 700 people in total, a record for the show. Both associations also contributed to the three vibrant Showfloor Solutions Theatres dedicated to Residential, Commercial and Unified Communications. Here, over 3,000 appreciative visitors attended 90 sessions presented by ISE exhibitors. On site free-to-attend conferences such as the Capital Summit and Sports Facility Integration Summit offered expert insight into securing investment for companies operating in the AV marketplace and sports venue system integration.

David Labuskes, Executive Director and CEO, InfoComm International commented: “Everyone at InfoComm International is so proud to be associated with another record- breaking ISE show. Our Guest Membership scheme, which made its debut at this year’s event, attracted almost 1,200 sign-ups, and we are looking forward to giving these ISE attendees a taste of InfoComm membership that extends beyond the education and hospitality they received in Amsterdam to the delivery of a range of post-show benefits.

“Our industry is on the rise globally,” he continued, “and nothing reflects that trend more succinctly than the continued growth of ISE and of our association’s membership internationally.”

Don Gilpin, Executive Director & COO, CEDIA, was equally as upbeat about ISE 2015: “ISE has become the most important platform for the CEDIA channel outside of North America and the 2015 event was the best edition yet,” he said. “Manufacturers and integrators from all over world that concentrate on electronic systems for the home tell me that ISE is now an annual event that simply cannot be missed.”

ISE’s pre-show events programme kicked off on 9 February with the Smart Building Conference and AudioForum, both drawing their highest ever attendance figures. Professionals from every sector of the systems integration value chain attended the Opening Keynote, given by Future Matters business consultant and futurist Lars Thomsen. He presented his thought provoking opening address of 520 Weeks into the Future: Trends and Tipping Points in the Electronic Systems Industry until 2025.

ISE 2015 saw increased exhibitor space provided by the addition of the Diamond
Lounge. This expansion will continue at ISE 2016 with the opening of the Amtrium new- build adjacent to Hall 4. Also, there will be four Showfloor theatres, plus additional conferences and initiatives undertaken with exhibitors, trade bodies and media partners.

The next Integrated Systems Europe will take place at the Amsterdam RAI on 9-12
February 2016.