By Yousef B. Almutairi, PAAET.

The State of Kuwait is a constitutional emirate with a parliamentary system, situated in the northern edge of Eastern Arabia at the tip of the Persian Gulf. It shares borders with Iraq and Saudi Arabia. As with its neighbouring countries, the State of Kuwait makes most of its wealth through exports based on oil. However, unlike other countries in the Middle East, Kuwait started to diversify its business early on, in order to be prepared for the time after the ‘black gold’. Part of this diversity was to focus on sustainable building solutions within the booming construction market. 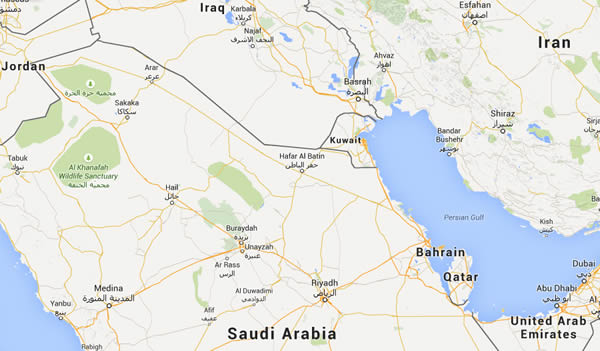 The main areas that present particular opportunities for KNX in Kuwait are in the expansion of Skyscrapers, and energy saving and smart metering projects set up by government departments such as the Ministry of Electricity and Water.

Introduction of KNX to Kuwait

The Public Authority for Applied Education and Training (PAAET) recognised KNX as the only suitable technology able to facilitate all Kuwaiti market needs, so in October 2013, it organised the first Buildings Automation Technology Event in Kuwait. With a strong focus on KNX, the event consisted of a conference and exhibition, and was attended by more than 200 participants. Among the exhibitors were systems integration companies, various organisations, and manufacturers who organised short training sessions on KNX.

Not only is PAAET bringing KNX technology closer to the next generation of Kuwaiti decision makers, it also functions as the umbrella organisation for the KNX Userclub Kuwait, and opened the first training centre in Kuwait and the Gulf region, in partnership with KNX Association.

Manufacturers such as ABB, Merten, Schneider and Siemens are helping to promote KNX by supporting education in Kuwait, and government departments are investing in building automation for various upcoming projects.

In fact KNX has already been deployed in many areas, including private villas, high-rise developments, commercial buildings and government buildings. A KNX project of particular note that is underway, is the Kuwait Trade Centre (Al Tijaria Tower). This US$95 million development involves the construction of a 55-storey commercial building, in which every sixth floor will have a view of the project’s landscaped hanging gardens. The complex also includes a shopping centre on the first floor with retail outlets, cafés, restaurants, a health club and a swimming pool. KNX will be used for lighting control.

Other projects in which KNX is used for multiple applications include the new Shedadiya University of Kuwait; the Kuwait Institute of Scientific Research; the Avenues Shopping Mall; the Wataniya Telecom Tower; and the Kuwait Petroleum Company HQ.

The Future of KNX in Kuwait

KNX Userclub Kuwait currently has around 20 members, most of whom are promoting KNX through communities and homeowners, whilst manufacturers tend to handle the governmental and private sector projects.

In order to increase the adoption of KNX in the country, KNX Userclub Kuwait is active in organising events and training. It has held introductory courses for the Kuwait Society of Engineers and for Al Jahra County (which is west of Kuwait City), and is currently working on a workshop for the Smart Solutions for Future Cities Conference and Exhibition that will take place early next year.

Due to strong cooperation with organisations such as the Kuwait Society of Engineers, which is one of the most proactive engineering groups in the Middle East, KNX Kuwait is on track to become the best-known association for home and building control in Kuwait. We foresee a great future for KNX in Kuwait and also in the whole Gulf region, and look forward to welcoming you to the Smart Solutions for Future Cities Conference in the new year.

Yousef B. Almutairi is the Training Faculty Member for the Public Authority for Applied Education and Training (PAAET). He is also the owner of SmartTech KNX training centre, and the General Director of an integration company for electrical consultants. He can be contacted at yb.almutairi@paaet.edu.kw.