Interview: Franz Kammerl on the KNX Market and the Internet of Things 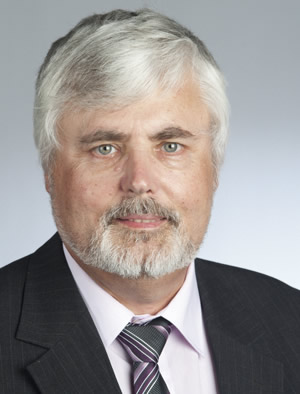 In this exclusive interview with KNXtoday, President of KNX Association, Franz Kammerl, gives his take on the current state of the KNX market, and its future in the IoT.

KNXtoday: Why are you so enthusiastic about KNX, and what are your aims for the standard?
FK: The unique outstanding benefit is its ability to interoperate across an offering of more than 400 companies, with the possibility of bringing all the different devices into one solution by using just one single software tool, the ETS. Our aim is to keep this unique advantage for the future also into the new area of IoT.

KNXtoday: What is your assessment of the current state of the building control market?
FK: Customers are becoming increasingly aware of the tremendous benefits that a well-organised technical environment can bring to their homes and buildings, so it comes as no surprise that the we’re seeing double-digit annual growth rate in the KNX market. Much of this expansion is due to the smart home is becoming a reality, but the light commercial market segment is also growing rapidly.

KNXtoday: What opportunities are there for KNX in the IoT?
FK: We have a great opportunity to extend the KNX application field to cover all IoT-based functions, but I want to be clear; KNX IoT will not substitute today’s KNX protocols based on TP or RF, rather, KNX IoT will extend the offering into a broader field of applications with much better integration in the Internet world.

KNXtoday: What are the challenges?
FK: These are early days for the IoT, but as it takes shape, users will expect increasing levels of automation across a diverse range of products, services and things. As more things are expected to communicate with any number of other things in any number of ways, huge amounts of data will be generated, and will have to be processed in a meaningful way.

It is core to our industry that building automation is reliable, secure, interoperable and extendable, and we have been delivering on this for more than 25 years in terms of ‘single-use’ applications, such as local or remote control of room temperature, lighting and/or or door entry for example. The challenge now is to bring the advantages of KNX to higher-level IoT systems.

KNXtoday: What are the cornerstones of the KNX IoT system architecture?
FK: There are a number of key areas which have to be addressed, namely the semantics that will enable devices to understand each other, and humans to understand what a device or service offers; the backbone IoT network which must provide flexibility, data consistency and fault tolerance; support for IP devices, such as cloud services and mobile devices, that are not standardised by KNX but which offer IP communication; support for ‘classic’ KNX TP and RF devices through gateways; and support for newly-emerging physical media that provide more cost-effective and less power-consuming IP networks.

KNXtoday: Why and how is KNX cooperating with THREAD and Fairhair?
FK: To prepare us for the world of IoT, we are cooperating with Thread and Fairhair through common working groups together with other companies. The Thread Group has developed a self-healing wireless mesh network which is ideal for extending classic KNX installations and functionally-constrained devices into the IoT world via the Thread border router. The Fairhair Alliance is developing a set of IEEE/IETF specifications to allow IP-based building automation products to share a common secure IPv6-compliant structure. Our intention is to come together to a common standardisation for IoT, especially for the home and building control market by keeping the KNX-specific application field.

KNXtoday: How is implementation progressing?
FK: This is still work in progress, but we have the advantage of a large base of KNX installations, so we can draw on a wealth of experience. If we can open the current KNX ecosystem to non-KNX IT specialists through ‘out-of-the-box’ operation, we will be well on our way!

Franz Kammerl is the President of KNX Association, owner of the KNX worldwide standard for home and building control.

For more detail on KNX and the IoT, click here.